Skip to content
food
So! A couple hours ago we got back from Phoenix Cooks at the Westin Kierland and I’ve bin in a food-induced coma since. There was so much great food to try that I don’t think we even got to sample it all. Phoenix Cooks basically consists of a ton of Phoenix restaurants setting up booths at the Westin and letting the lucky attendees taste just about everything from Frost‘s gelato to lobster mashed potatoes from Mastro’s Ocean Club to salted caramel cupcakes from Caketini. There were also plenty of wines, mixed drinks and beer to choose from to sample, but due to that silly thing called an “age limit” for drinking (pffft), I couldn’t personally tell you how those were! (But due to the plentifulness of, er, jolly folk I can tell you they quite enjoyed it; or didn’t so much that they felt the need to make sure they wouldn’t remember it the next morning.) Proceeds from the tickets went to the Phoenix Children’s Hospital, so at least we were pigging out for a good cause, right? They also had a ton of cooking demonstrations going on, which was pretty fun, too! 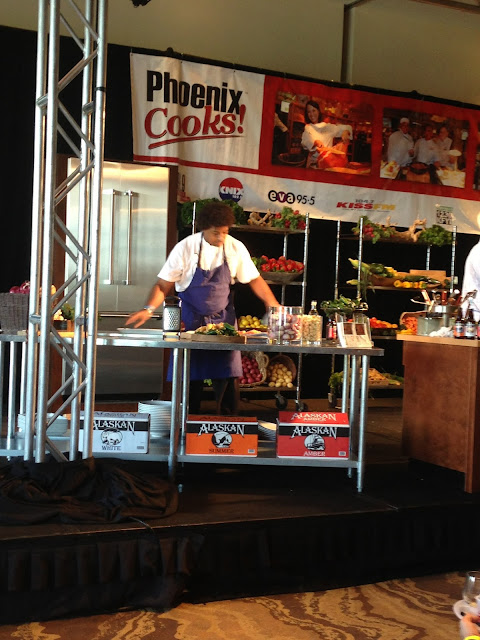 This particular demonstration had a sort of “Iron Chef” feel to it. The two chefs were given a mystery protein, salmon, to work with, instead of having a completely prepared demo!
The event was really great. The food and demonstrations were both spectacular (did I mention those amazing lobster mashed potatoes?!) and I’m definitely going to try and make it out to the next one!
In other (actually fashion related) news,
I got my new dress from Modcloth yesterday (you know, the one I mentioned and showed in my last blogspot?) and just had to wear it to the event today! It’s the Silent Film Star Dress and I am absolutely smitten with it. 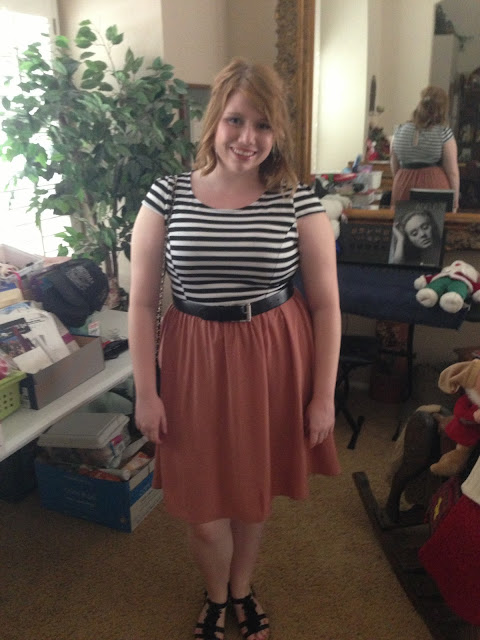 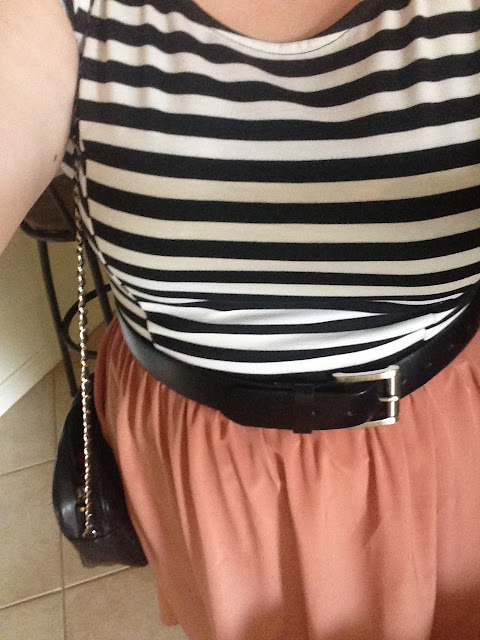 Isn’t it just the most darling dress you’ve ever seen? I just love the Audrey Hepburn-esque flair it’s got to it and how it flatters my curves. I also appreciate that the skirt color doesn’t make me look totally blah! I can totally see this dress working in so many situations; including different seasons! Plus, you can’t really see it, but the keyhole cutout in the back is just so cute.
I didn’t know if I was going to like the dress when I ordered it, but I’m so glad I took a chance and sprung for it! 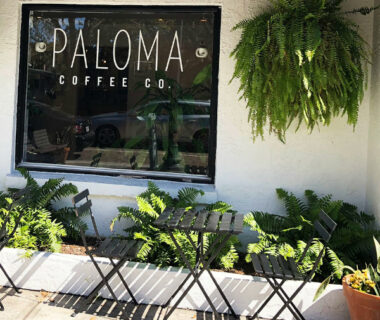 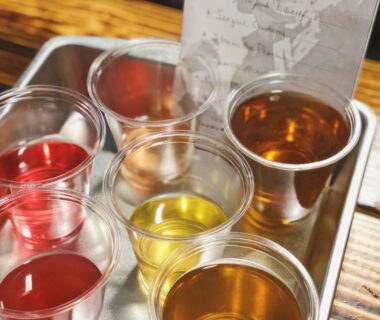