day one: favorite Disney moment
So it’s ironic that I came up with these categories, because I had no idea what to choose for my favorite Disney moment. The multitude of wonderful moments (in the woods?) that I’ve had with Disney make it so hard to choose just one. From getting to sing as Giselle from Enchanted for my high school’s studio session backstage at California Adventure (aka: the best moment ever) to seeing a little kid’s eyes when they saw Elsa for the first time to the day the stepsisters totally hit on my Dad during a parade.
So, really, it’s all the small moments that have made Disney as a whole my very favorite.
I wrote this essay for my English 101 class a year or so ago, so I figured I’d share it here because it really sums up my favorite Disney moments. We were told to write about what we believe in and this is what came of it. 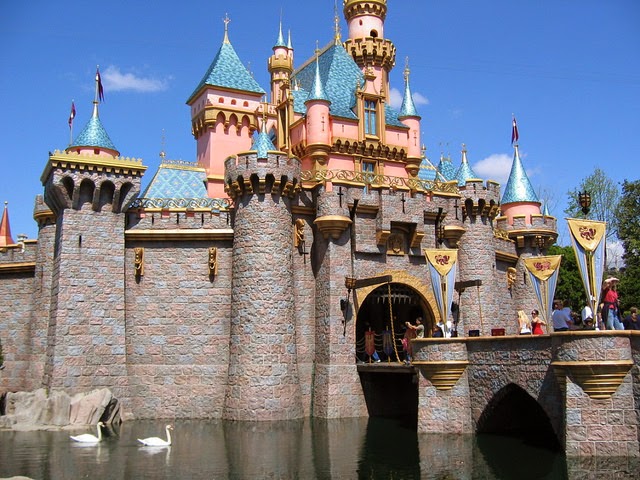 (Creative Commons Photo via flickr by princesskoko)
I believe in the consuming magic that Disney creates. Believing you’re really an astronaut zipping through space on Space Mountain, following a rabbit through his adventures in the Briar Patch of Splash Mountain or even witnessing the Abominable Snowman while zipping through the Matterhorn. I believe in the child-like eyes, whether 3 or 103, seeing their favorite character in person for the first time. I believe it really is “a small world after all” and that “supercalifragilisticexpialidocious” can never be used too frivolously. I believe in little touches of magic that make such a difference, from talking trashcans to stormtroopers searching Tomorrowland for the rebel spy. I believe the stretching room is actually stretching: that it’s not only my imagination. I believe the best Jungle Cruise jokes are told by skippers after ten, and that Dole Whips either have crack or pixie dust inside of them, because they are just too addicting to not be laced with something. I believe in fairies. I believe in Peter Pan skipping through Fantasyland and making jokes about all of us “grown ups” and how silly we are. I believe in the magic of a child’s simple laugh and the look on their face when they are transformed into a princess at the Bibbidi Bobbidi Boutique. I believe in the worth and gold of a child’s smile; they really appreciate the smallest things. I believe in adults letting their guard down and eating that second churro. I believe in that tough guy wearing his daughter’s Mickey Ears headband like a champ. I believe in Sleeping Beauty’s castle, covered in snow, glistening in the moonlight. I believe that when Walt said:
“To all who come to this happy place; welcome. Disneyland is your land. Here age relives fond memories of the past…and here youth may savor the challenge and promise of the future. Disneyland is dedicated to the ideals, the dreams and the hard facts that have created America…with the hope that it will be a source of joy and inspiration to all the world,”
that he meant every word of it.
I believe in the candle light in the window of the apartment over the firehouse. A constant reminder of the man who created all of this magic. Who was told “no” a million times, but for that one “yes”, made a difference in the world. I believe in that man who said, “All our dreams can come true, if we have the courage to pursue them.” And boy do I believe that he’s right.